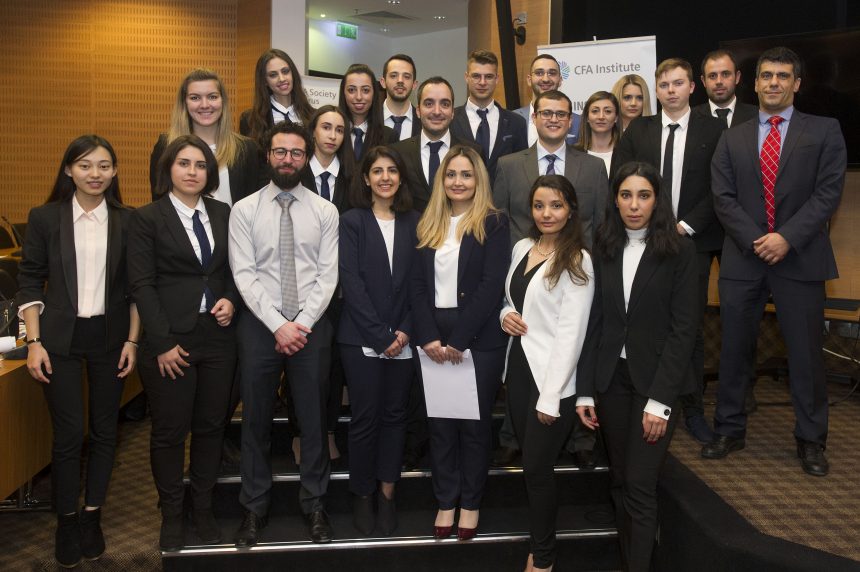 The team will represent Cyprus at the EMEA CFA Research Challenge

The team of the University of Nicosia won this year’s CFA Research Challenge, which was organised by the Chartered Financial Analyst Society of Cyprus (CFA Society Cyprus). In the framework of the competition, students, divided in teams of 3-5, from six Cypriot Universities (University of Cyprus, University of Nicosia, European University Cyprus, Neapolis University, UCLAN Cyprus and Cyprus International Institute of Management) analysed and presented the business model and equity valuation of Cypriot petroleum marketing company Petrolina (Holdings) Public Ltd. Each team gave a 10-minute presentation of their analysis to a special committee and in front of an audience, and subsequently responded to committee questions for another 10 minutes, under real-time conditions and as it they were presenting their view on the valuation of the company as professional financial analysts. Their presentation was evaluated by a team of experts and counted towards 50% of their final mark and team ranking, while the remaining 50% resulted from a 10-page financial report on the company’s valuation, which had been submitted and graded earlier.

In a statement, the President of CFA Society Cyprus, Marios Georgiades, underlined that this year’s competition received a record number of participants (25 students from six universities), for whom the competition is a real challenge. “They were given an opportunity they don’t have at their Universities, since they were asked to analyse a company under real-market conditions. This means they were asked to prepare a professional report that they will submit for a grade as well as give a live presentation before a committee, which grades them according to the information they provide and their analysis”, he stated. On his side, Kostakis Lefkaritis, Executive Chairman at Petrolina (Holdings) Public Ltd, who awarded the prize to the winning team, expressed his appreciation to the CFA Society Cyprus for choosing Petrolina as the subject company in this year’s Research Challenge and also congratulated all participating students for their excellent work.

The winning team of the University of Nicosia will represent Cyprus at the EMEA Regional Research Challenge which is organised by CFA Institute and will be held in Zurich between 10-11 April 2019, while the Cyprus International Institute of Management (CIIM) team which was the runner-up will participate in the MENA Runners Up Challenge which will be held in Jordan this March.

More than 5,700 students from around the world participate in the CFA Research Challenge 2019 from 1,100 Universities and 85 countries. The Cypriot competition was sponsored by XM.

CFA Society Cyprus is the local society of the CFA Institute which is based in Virginia, USA. With more than 150,000 members worldwide, the CFA Institute offers the Chartered Financial Analyst (CFA) designation, the most respected and recognized professional qualification in the world of finance and investments, after a stringent examination process. CFA Society Cyprus was founded in 2003 and currently numbers 147 members who are employed by major banks and investment firms in Cyprus. As Chartered Financial Analysts, they are best-trained at both a theoretical and practical level for advanced financial and investment analysis work. 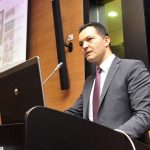 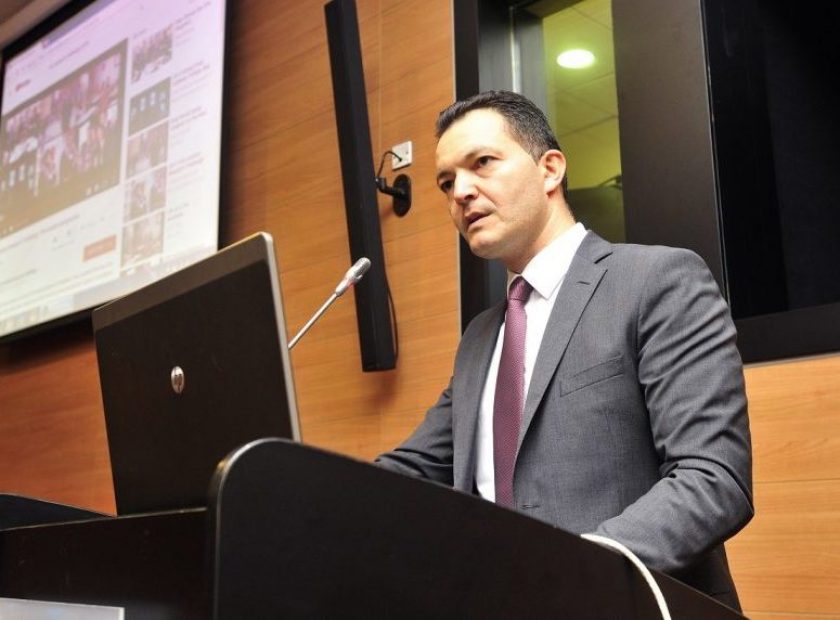